Based on our Strategic Business Plan 2018 – 2023, our vision for the coming six years is formulated as follows:

“TO BE A PROFESSIONAL, COMMERCIAL ORIENTED, INNOVATIVE AND LEADING ORGANIZATION”.
“INITIATING AND FACILITATING MARITIME DEVELOPMENT”.

Based on its objective, the MAS decided in 2007 to certify its business activities and processes. Since then, the company has been ISO 9001 certified. We attach great value to quality service.

The quality policy of the MAS is based on the following 7 quality principles: 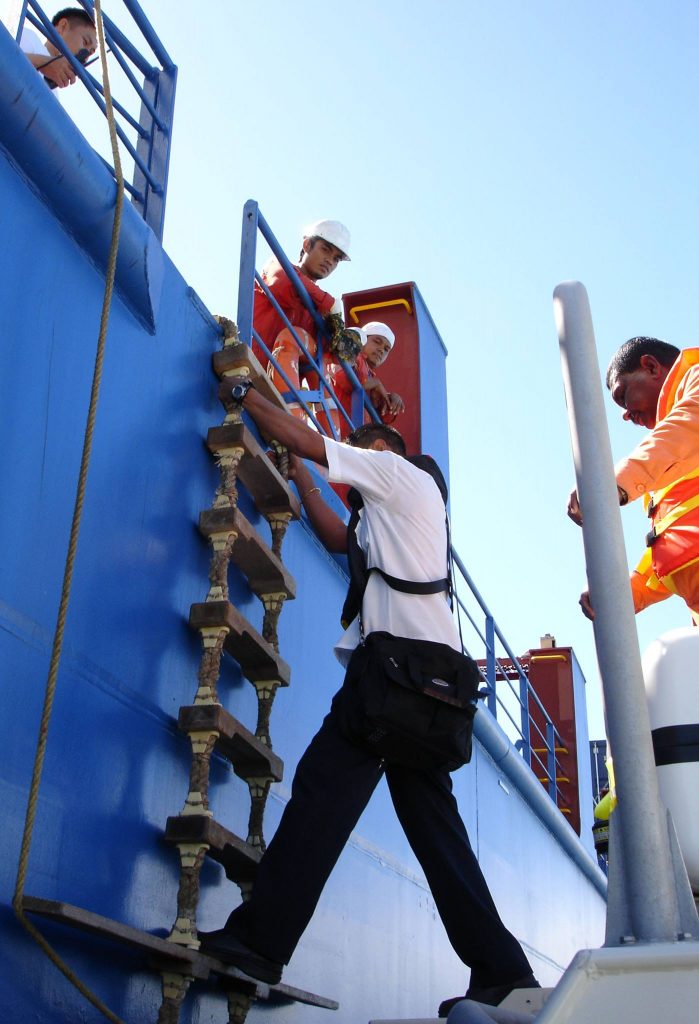 WORKING AT THE MAS

Working at the MAS is working in a dynamic, learning-challenging and innovative environment. We focus a lot on the growth of our employees in various respects. A quality service depends strongly on the competencies and insights of our employees. We are also an equal opportunity employer that offers both men and women sufficient scope for self-development.

INTERNSHIPS & GRADUATE PROJECTS
Students who want to do an internship or graduate project with us can send a letter to the Human Resource Manager, Mr. Jerry Douglas, E-mail: jdouglas@mas.sr 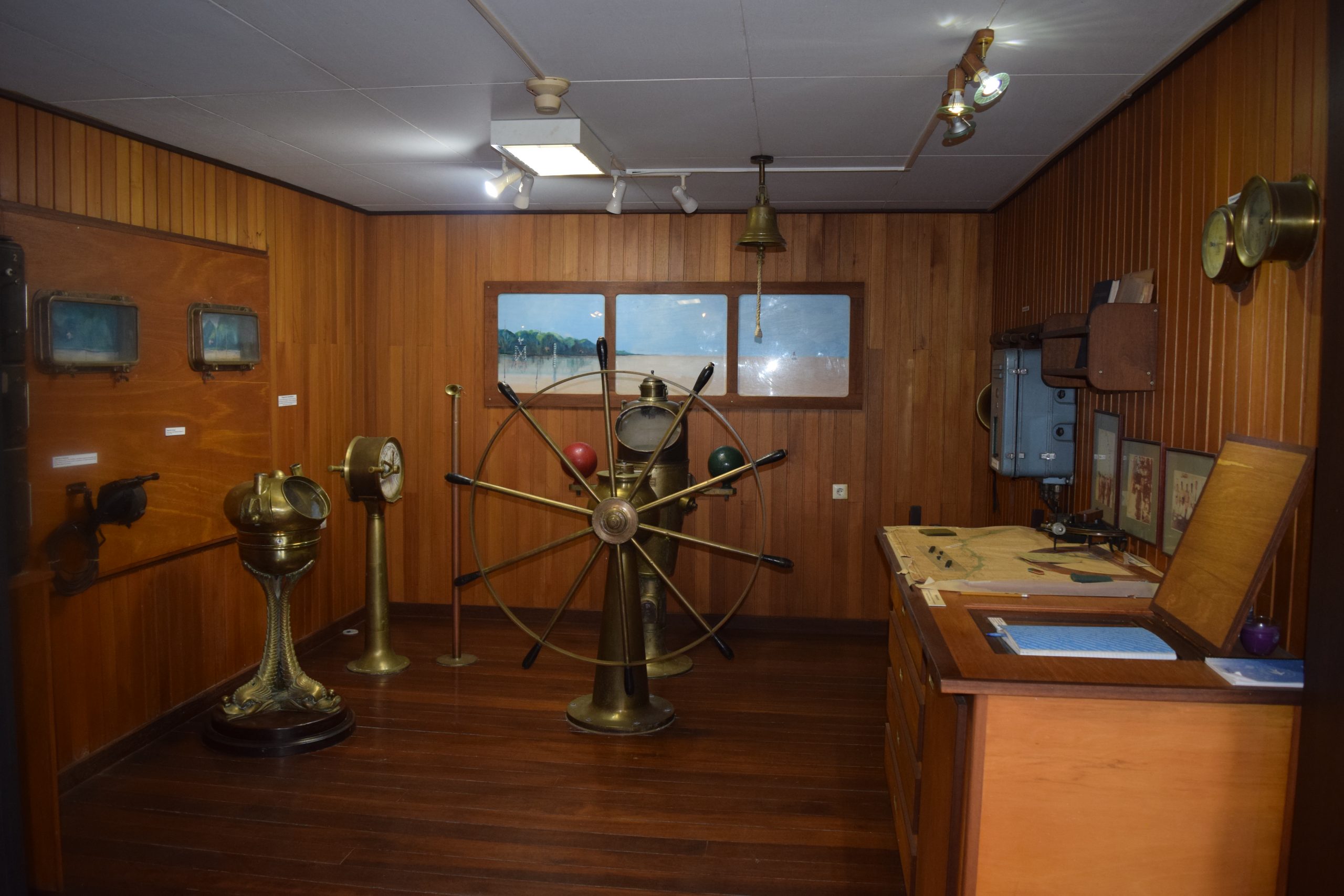 The business maritime museum resulted from the exposition ‘50 Year of Service for Shipping in Suriname’ which was exhibited in Fort Zeelandia. On 6 September 2001 the museum opened officially. During this exhibition the  flowery history of the Maritime Authority Suriname (MAS) was presented to society. The MAS resulted from a historic development of the service which dates from 1 July 1947.

This museum is established in the Flying Fish building which stands monumentally at the central point on the MAS premises at Cornelis Jongbawstraat 2 in Paramaribo – Suriname. The building is cooled, constructed in wood and dates from the sixties. At ground floor level, the education room was put up after renovation. The museum has area of 85m². There are almost seventy objects from the existence of the service, which were mainly used during the execution of  the maritime tasks. Outside this building a few large museum pieces were placed and from the outside they give the whole area a nostalgic sight.

A brochure about the origin and use of the museum collection is available. The opening hours are from Monday through Friday, from  08:00 hours a.m. – 13:00 hours p.m.uur by appointment. Please, contact us on telephone number 476733, extension number 239 or 241. 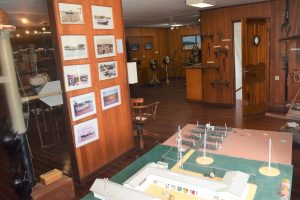 The MAS is, by law, MAS (Bulletin of acts and decrees 1998 No. 37) sui generis set up as a legal person. which means ‘ only one of its kind ‘. As they run several executive and controlling authority tasks within the shipping industry. The core tasks are:

Piloting of sea-going vessels to and from the ports.

Carrying out Hydrographic measurements according to international standards.

Mapping and marking the rivers.

The detection of sunken objects and obstacles.

Registering, and accept by vessels flying the Surinamese waters

Monitoring and guiding the traffic on the inland and coastal waters

Monitor the compliance with legal regulations regarding shipping

On July 1, 2007 we commemorated 60 years of maritime development. Looking back on more than half a century, we may conclude that there were more storms and turbulent waters than calm weather and clear blue skies. But it may just be because of those storms that the MAS could achieve many goals and see to it that, at present, Suriname carries weight in the international world of shipping. 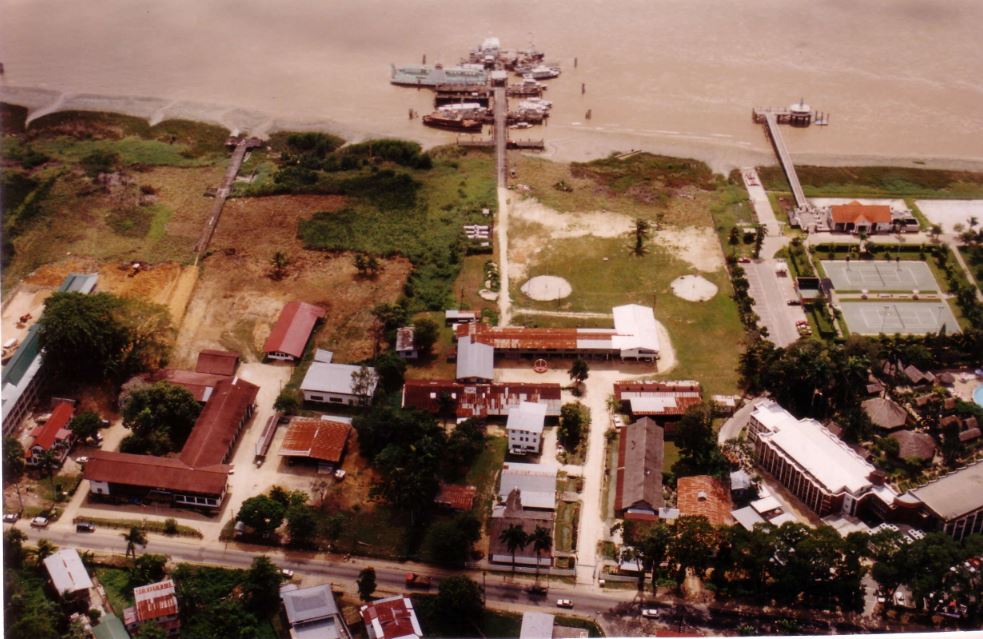 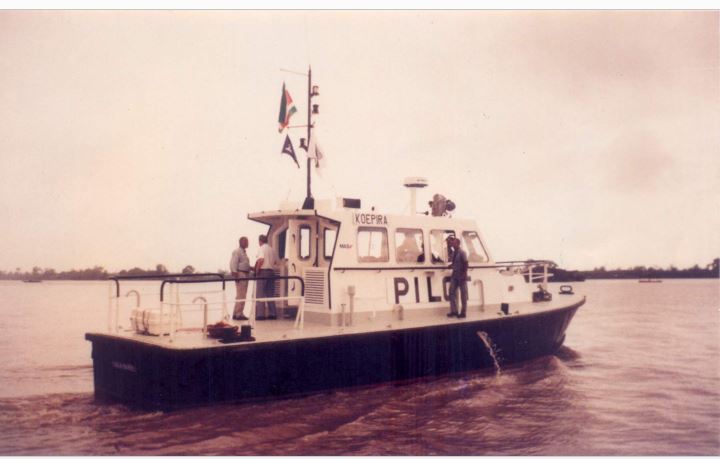 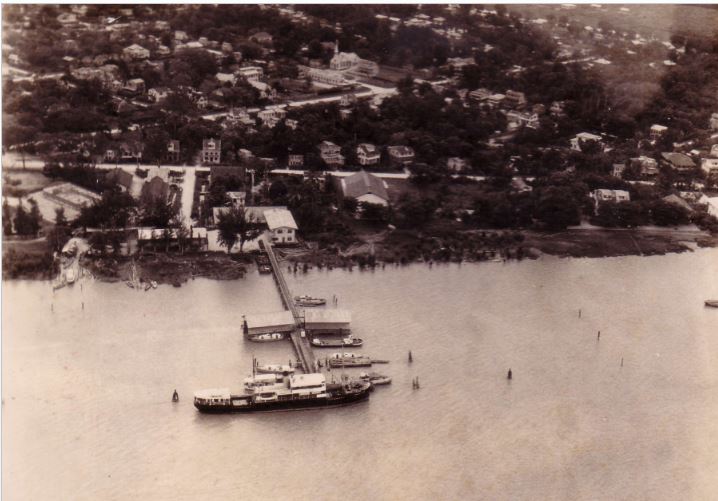 The Port & Pilotage Service was established on 1 July 1947. This service was led by a Harbor Master and was responsible for Pilotage, Hydrography, Concrete and Beaconing. The pilot service was previously carried out by private individuals. The Shipping Supervision task was later added to the service. The service changed on 25 March 1982 to Shipping Service and on 14 May 1998 to Maritime Authority Suriname (MAS).

Nationally and internationally, the MAS plays an increasing role and it is of great importance for the economy of Suriname. Developments in the world are constantly making higher demands on safe, secure and environmentally friendly waterways and shipping. In Suriname the MAS supervises compliance with legal regulations of the Shipping. It guarantees the safe and efficient passage of seagoing vessels from and to Suriname based on internationally accepted standards, rules and conventions ratified by Suriname. The company strives to become the best Maritime Authority of the Region.

In the coming years, the company therefore wants to pursue a “proactive” policy and grow into an innovative company in the sector. With Mr. M. Amafo LL.M as director, supported by a 4-member management team, 36 staff members and 68 CAO employees, the company is meeting this challenge.

Some of the MAS employees are employed at the branch in Nickerie.
Furthermore, the MAS has a Maritime library, a Maritime Museum and an educational space. The latter is also rented to third parties. The Caribbean Maritime Information Center (CMIC) is also housed at the MAS.

Integra Marine & Freight Services
This company plays a leading role in the Suriname in the field of maritime and shipping industry.

National Disaster Management Coordination Centre (NCCR)
The NCCR has the task of advising, monitoring and coordinating the development of contingency plans within the total health care and ensuring the necessary training.

Traymore N.V.
This company invests in the trade and in the shipping industry of the Republic of Suriname and is the owner and operator of the port of Moengo.

Suriname Business Association (VSB)
VSB is a collaboration of people that a company in Suriname. The Association aims at the representation of the interests of its members and the promotion of economic and social well-being of the community.

VSH United
This company is a group of companies founded in 1958 with their head office in Paramaribo, Suriname. The activities of the groups include shipping, trade, industry, real estate development. Other associated companies are involved in insurance, Banking and in the hospitality industry.

Ministry of Public Works and Traffic

Association of Caribbean States (ACS)
The ACS aims to promote consultation and cooperation between all the countries of the Caribbean.

Caribbean memorandum of understanding on Port State Control
The CMOU regime strives to be an eye in the sail to keep it in the whole region, and to ensure that shipping is conducted in a safe and environmentally friendly way.

Association of Caribbean States (ACS)
The ACS aims to promote consultation and cooperation between all the countries of the Caribbean.

Caribbean memorandum of understanding on Port State Control
The CMOU regime strives to be an eye in the sail to keep it in the whole region, and to ensure that shipping is conducted in a safe and environmentally friendly way.

Caribbean Shipping Association (CSA)
The need for an effective, broad Association to monitor, discuss and share information in support of the growth and development of the shipping in the Caribbean.

International Hydrographic Organization (IHO)
The IHO is an intergovernmental consultative and technical organization founded in 1921. This to the safety of navigation and the protection of the marine environment.

International Maritime Organization (IMO)
The IMO has the responsibility for the safety of shipping and prevention of marine pollution by ships.

International Maritime Pilots Association
IMPA is a non-profit association with a truly international orientation. The achievement of the main objective – the promotion of professionally sound and safe pilotage – in two ways.

Organization of American States (OAS)
The OAS is an international organization that consists of 35 independent States on the American continent. It was founded on April 30, 1948 in Bogota, Colombia and is headquartered in Washington, D.C. in the United States.

United States Coast Guard (USCG)
The USCG is one of the five armed forces of the United States and the only military organization within the Department of Homeland Security it is a unique tool for the maritime safety, security and allows for the environment

International Association of Marine Aids to Navigation and Lighthouse Authorities (IALA)
IALA is a non-profit, international technical association. Established in 1957, it gathers together Marine Aids to Navigation authorities, manufacturers, consultants, and, scientific and training institutes from all parts of the world and offers them the opportunity to exchange and compare their experiences and achievements.

No results See all results